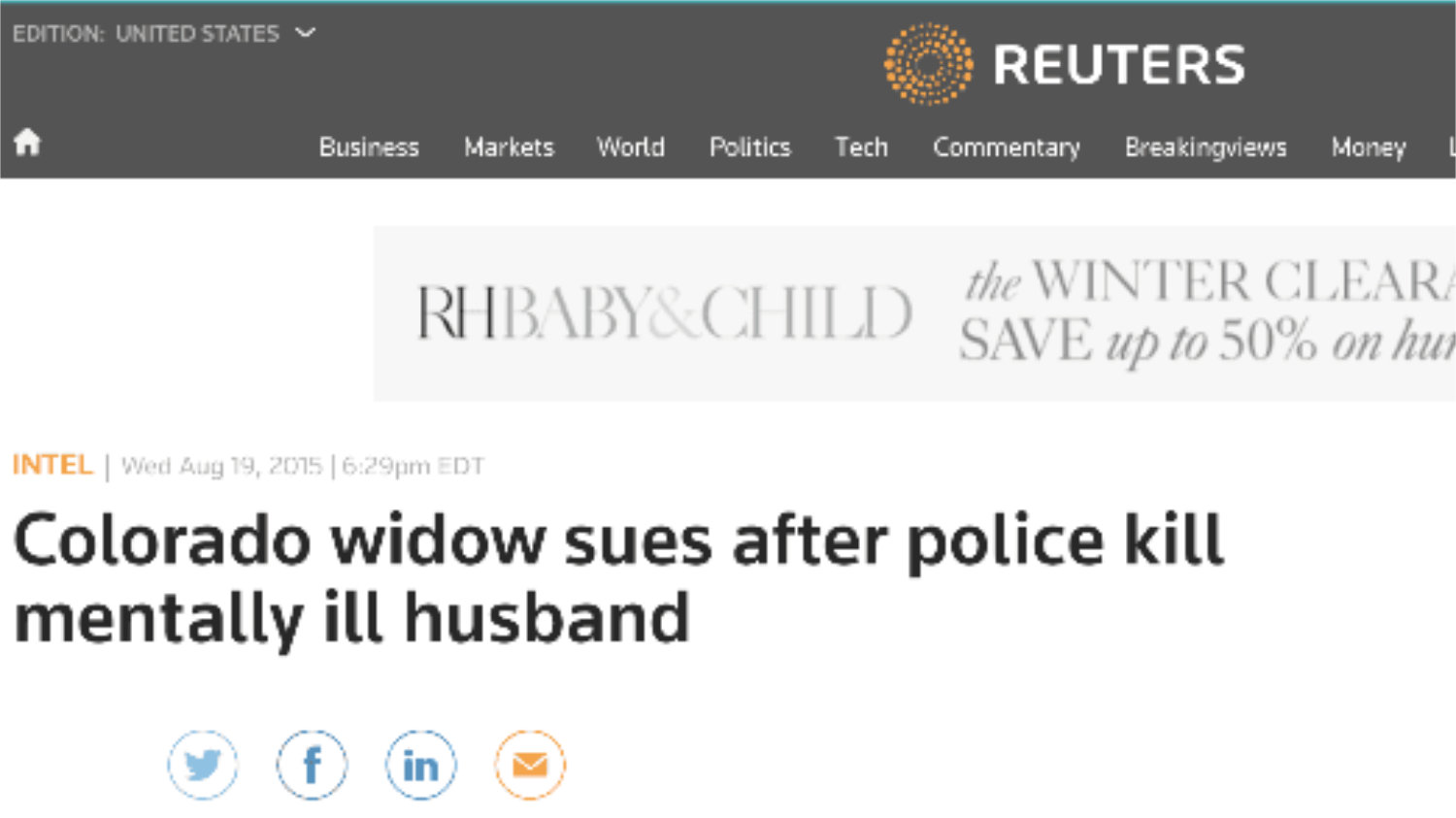 Posted at 18:44h in HHEG Law, In The News by Holland, Holland Edwards & Grossman, LLC

The firm recently filed a lawsuit for excessive force resulting in death for the fatal shooting of Jaime Ceballos by the Thornton Police Department in August of 2013. Mr. Ceballos was in the midst of a mental health crisis, which the police all knew. Within under one minute of Thornton police arriving on scene in response to a 911 call from his wife, Mr. Ceballos was shot multiple times in the chest and killed instantly.

Mr. Ceballos’ wife, Quianna Vigil, called the Thornton Police Department for emergency assistance in getting her mentally ill husband to leave the house. She reported he was off of his prescribed psychiatric medication, intoxicated, and was highly agitated walking around with a bat. Multiple police officers arrived on the scene, knowing they were there not to effectuate an arrest or solve any crime, but were responding to a 911 call for a mentally ill and emotionally disturbed individual. They ignored friends at the scene who were trying to help and explain to police that Mr. Ceballos was not mentally well. None of Mr. Ceballos’ family or friends or neighbors were in the house or in any danger from him at the time. Rather than calming the situation down and offering professional help to this woman in dealing with her mentally ill husband, or calling for people trained in crisis intervention, the police escalated the situation, shooting and killing him instead in front of his wife, friends, and 16 month old daughter.

This case also brings claims for unconstitutional policies and training on behalf of Thorton Police Department for their deliberately indifferent policies and training regarding police response to mentally ill, emotionally disturbed and highly agitated individuals. This case is yet another in a long line of many that deals with the inappropriate and warrior mentality surrounding police interactions with the community in Colorado and elsewhere.