John is a partner at Holland, Holland Edwards & Grossman and founded the firm in 1979.

John practiced as a student intern working for the Zuni Legal Aid Society in New Mexico while in law school. He then received a three year Reginald Heber Smith Community Lawyer Fellowship upon graduation and was assigned to the Denver Legal Aid Society where he tried many cases. John became the Director of Litigation for Legal Aid where he along with other Legal Aid lawyers brought many major class action lawsuits. His team challenged the way the government regulated nursing homes, which focused on paper compliance instead of the actual care delivered. He also sued RTD to put lifts on buses so that people in wheelchairs could begin to have equal access to the state. He also sued to expand the old age pension laws to pick up poor people starting at age 60 without a 35-year residency requirement, as had been the intent of the people of Colorado when the program was adopted during the Depression.

In his private practice, John has litigated many civil rights and nursing home abuse and neglect cases over his career. He has always had an interest in fighting police brutality, deliberate indifference to the serious medical needs of people in jails or prisons and racial discrimination. He has published on a number of subjects ranging from the Myth of Caps in nursing home litigation to disqualifying judges in Colorado civil cases. John has also lectured for the Colorado Bar Association and the Colorado Trial Lawyers Association about nursing home litigation as well as at national conventions.

He was part of teams of lawyers who sued Martin Marietta and Shell Oil in relationship to major environmental contaminations. He has represented whistle blowers who have been terminated for speaking out on matters of public concern, as well as oppressed religious minority groups.

John, along with Anna and Erica, has also spoken and written on many occasions about representing Guantanamo Bay Detainees.

Our civil rights are the most precious individual jewels of our legal civilization. They are constantly being assaulted and are always at risk. While these cases can be difficult, they are very rewarding. Occasionally we have had the privilege of seeing or at least hovering briefly near what Morris Dees (head of the Southern Poverty Law Center) calls, the “face of justice.”

Redressing the scandalous continuing abuse and neglect of the elderly and disabled against nursing homes, assisted living facilities, personal care homes and hospitals, has been a career passion for John.

John has a B.A. and M.A. from the University of California Santa Barbara in Religious Studies. He obtained his J.D. from U.C.L.A.

Our civil rights are the most precious individual jewels of our legal civilization.

Anna Holland Edwards is a partner at Holland, Holland Edwards & Grossman, LLC. Anna was listed as the 2020 Lawyer of the Year for Civil Rights Law in Denver by Best Lawyers, and listed by Best Lawyers since 2018. She has been named a Colorado Super Lawyer since 2015, by 5280 to their ‘Top Lawyers’ in Civil Rights Litigation and selected as one of National Trial Lawyers Top “40 under 40” lawyers.

Anna has litigated a number of cases focusing on plaintiff’s civil rights, such as those involving unconstitutional jail conditions, refusing to provide adequate medical care in jails, police brutality, discrimination and retaliation and represented many individuals and families of individuals hurt by nursing home negligence. Anna has participated in many settlements against governmental entities for serious violations of civil rights and against nursing homes for wrongful death and serious injury.

Anna has been invited to present and publish on topics such as Deliberate Indifference in Jails and Nursing Home Litigation.

In 2014, Anna, along with Erica, obtained an over $11,000,000 jury verdict against a private medical company and Jefferson County for refusing to provide medical care to an inmate who was suffering from a stroke. She has won the Colorado Trial Lawyer’s Access to Justice Award and the ACLU’s Carle Whitehead Award and has been nominated for Colorado Trial Lawyers Case of the Year.

Anna has traveled to Guantanamo Bay and northern Africa to represent several Guantanamo Bay detainees in seeking due process related to their illegal confinement, two of whom have been released to their home countries after having been cleared.

Anna is John’s daughter and has worked with the firm on important cases for most of her life. She speaks a number of languages, including French and Spanish, and has represented numerous Spanish speaking clients.

Anna obtained her law degree at Northwestern University in Chicago. While in law school she worked with the Juvenile Criminal Representation and Death Penalty projects.

She attended Wesleyan University in Middletown, Connecticut and graduated with honors in 2000. 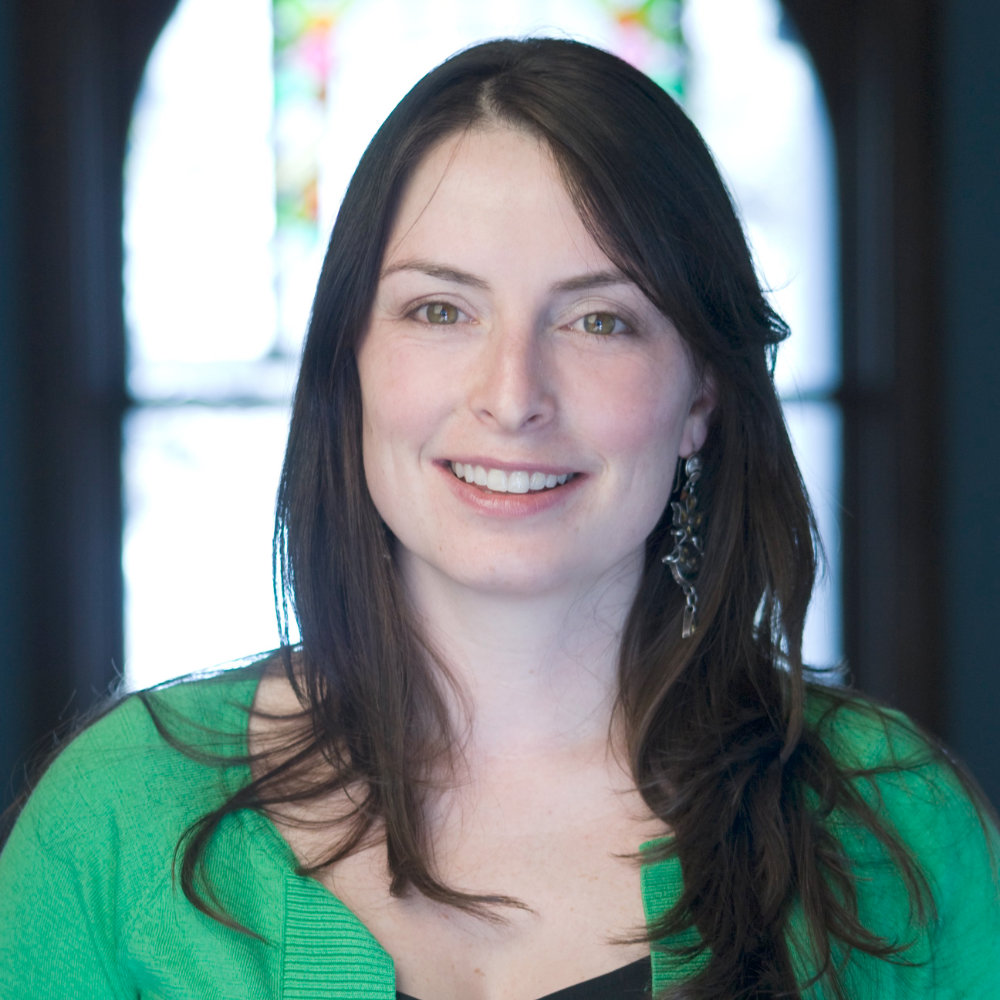 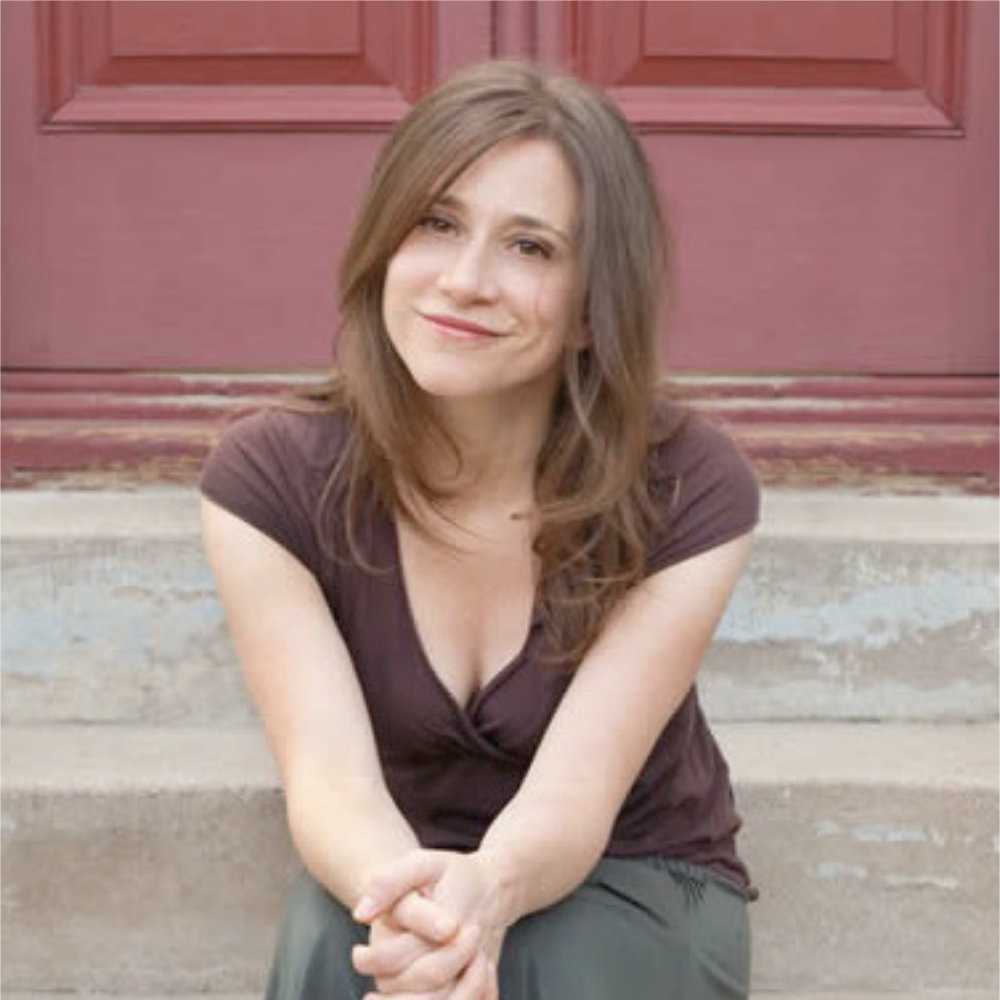 Erica Grossman is a partner in the law firm of Holland, Holland Edwards & Grossman. Erica has been named a Colorado Super in Lawyer since 2016, in Best Lawyers Denver since 2019, in 5280’s Top Lawyers in Civil Rights Litigation, and also been selected as one of National Trial Lawyers’ Top “40 under 40” lawyers.

In December 2014, Erica, along with Anna, received an over $11,000,000 jury verdict on behalf of Ken McGill, an inmate at Jefferson County Jail, who suffered a stroke and was cruelly denied timely medical care. This case was a finalist for the Colorado Trial Lawyers Association case of the year in 2015.

Erica is deeply committed to bringing cases to vindicate serious deprivations of civil rights and providing justice to families.

Erica obtained her law degree at the University of Michigan Law School and graduated with honors in 2004. During Law School, she worked with the Criminal Justice clinic, the Civil Trial Clinic, and was the recipient of the Lee Bollinger Award for her studies in the First Amendment.

Erica attended Wesleyan University in Middletown, Connecticut and graduated with honors in 2000. After graduation from college, Erica worked with emotionally and behaviorally disturbed children in Massachusetts.

Dan Weiss is an associate at Holland, Holland Edwards & Grossman. A Denver native, Dan graduated from the University of Colorado Law School in 2015, where he worked in the Civil Practice Clinic, representing low-income clients in divorce and social security disability matters. As part of a three-person team of student attorneys, Dan pursued a political asylum claim in immigration court on behalf of a Libyan immigrant and recent graduate of the Colorado School of Mines. Dan and his team successfully won political asylum and green-card status for the claimant, as well as his wife and young children. Dan was listed as a Best Lawyer in Civil Rights Law since 2021.

During his law school summers, Dan interned at HHEG in 2013, and at the ACLU of Colorado in 2014.

As a 3L, Dan was an Associate Editor of the CU Law review, where he authored a Comment about privatization and prison health care. This piece was selected for publication in Volume 86 of the CU Law Review, and was recognized with the award for the top student-authored piece of the 2014-15 academic year. Also during his 3L year, Dan interned with Judge Ross B. H. Buchanan of the Denver District Court.

Dan is thrilled to have landed at HHEG. In 2012, he left a successful career teaching high-school social studies to pursue a dream of becoming a civil rights lawyer. Dan is excited to join HHEG’s and others’ ongoing fight to protect and expand the civil rights of citizens who interact with police, prisoners who seek basic medical care, and other groups whose legal rights are sometimes ignored, and other times outright violated, by the powers that be.

Dan is also dedicated to HHEG’s nursing home practice. He comes from a family of doctors, and has recent personal experience fighting with insurance companies and monitoring nursing homes, as he helps his mom get the care she deserves at a local assisted living facility. Dan appreciates the unique burden of a family with a loved one in a nursing home. He has a personal stake in helping to make sure that Colorado nursing homes live up to their promises and responsibilities as they take care of our parents, grandparents, aunts and uncles, and brothers and sisters.

While at CU Law, Dan was an Associate Editor for the University of Colorado Law Review, and was awarded the Courtland H. Peterson Writing Award for the top student-authored piece of 2014-15. 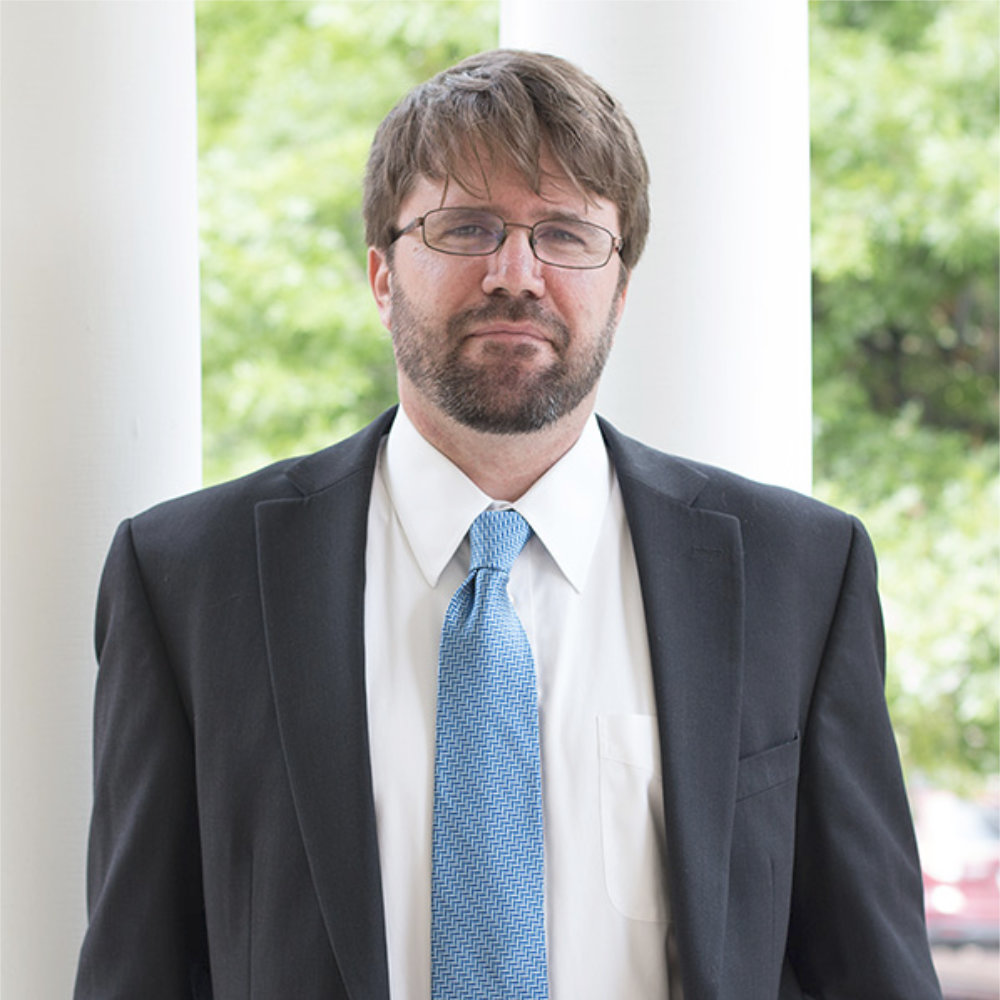 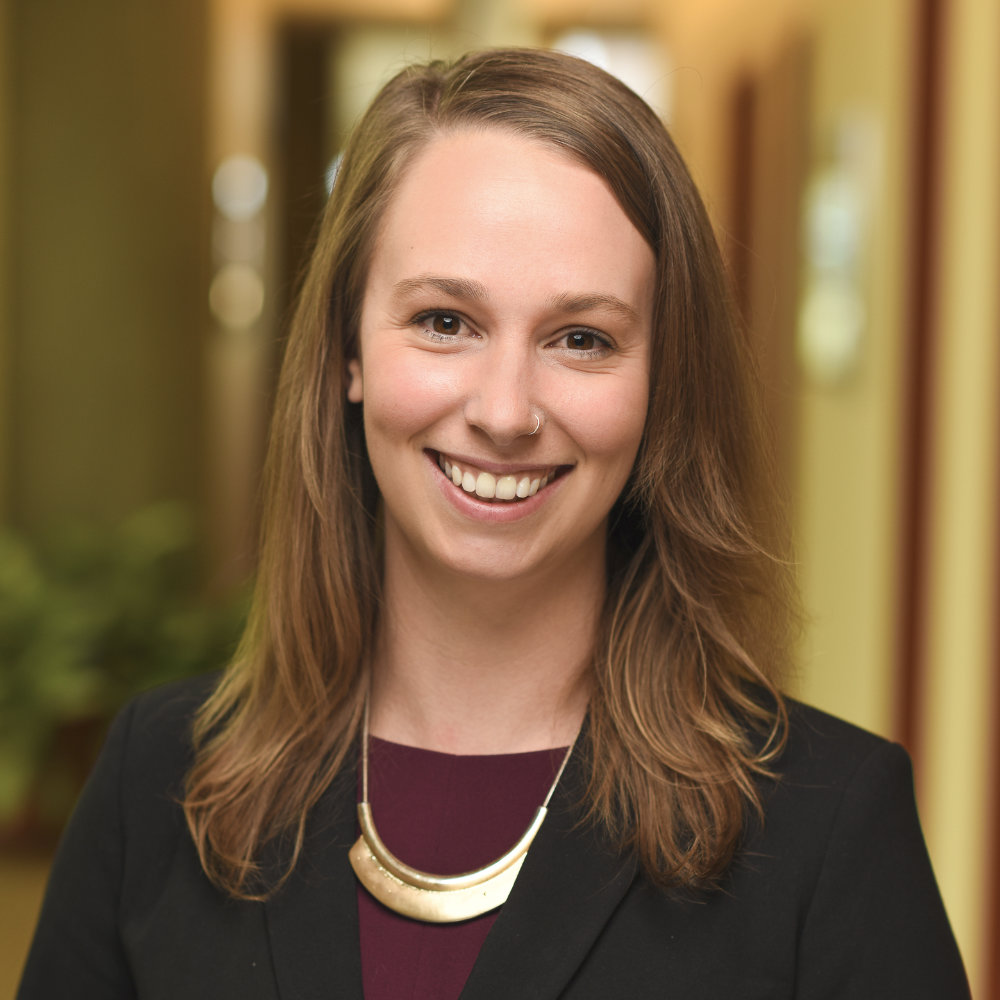 Rachel Kennedy is an associate at Holland, Holland Edwards & Grossman. Born and raised in Colorado, she graduated magna cum laude from Colorado State University in Fort Collins. While in law school at the University of Denver, Rachel worked in the Civil Rights Clinic. In that capacity she co-counseled a federal civil rights bench trial, advocating to remedy violations of the constitutional rights of an indigent prisoner incarcerated by the Federal Bureau of Prisons. Rachel and her colleagues successfully argued that case, and secured a nationwide injunction requiring the Federal Bureau of Prisons to provide Muslim prisoners with a religious (halal) diet. In his order, Hon. R. Brooke Jackson wrote that he did not believe such change “would have occurred to the same degree or certainly at the same time had it not been for the high quality, zealousness and persistence of the advocacy provided by the Civil Rights Clinic of the University of Denver Sturm College of Law.” As a student attorney, Rachel also represented prisoners incarcerated by the Colorado Department of Corrections and a client bringing constitutional claims against a rural police department. Rachel was awarded Outstanding Student Lawyer for her work on cases involving illegal searches and seizures, religious discrimination, and other First and Fifth Amendment issues.

Rachel earned a B.A. in Ethnic Studies from Colorado State University in 2010. She earned her J.D. from the University of Denver Sturm College of Law in 2019, as a Chancellor’s Scholar.

While at the Sturm College of Law, Rachel was an Associate Editor for the Denver Law Review, a member of the Chancellor’s Scholars Student Board, and a participant with the school’s Tribal Wills Project. Rachel earned a certificate in Constitutional Rights and Remedies and graduated with distinction for her commitment to the public good.

Brooke joined our firm in November 2012 as a paralegal and office manager. Brooke received her Bachelor’s Degree in Justice Studies from Fort Hays State University in 2000 and has an ABA approved Paralegal Certificate from the Denver Paralegal Institute. Brooke has experience in many different areas of law including Personal Injury, Civil Rights, Product Liability, Business Law and Estate Planning.

Brooke will most likely be your first point of contact within the firm and is more than happy to assist with any questions or concerns you may have. The more information she gets the quicker we are able to help when we are needed. A lot of trust is placed in her and her responsibilities are broad in the cases we are doing which include intake review, case review, motions, pleadings, discovery, document management and organization, trial assistance, and other tasks throughout the legal process. She is intimately involved in all of the cases we are doing. Please feel welcome to share with Brooke what you want conveyed to one of our attorneys if they are unavailable. 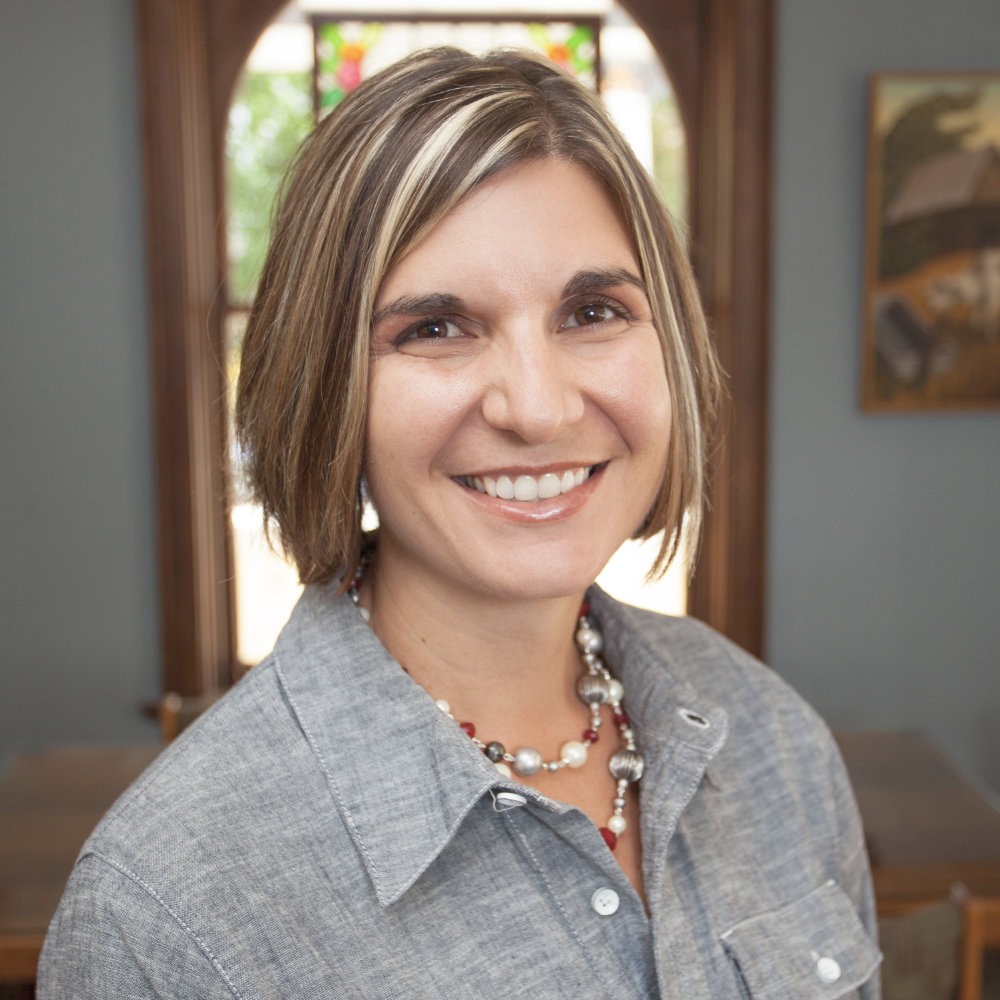